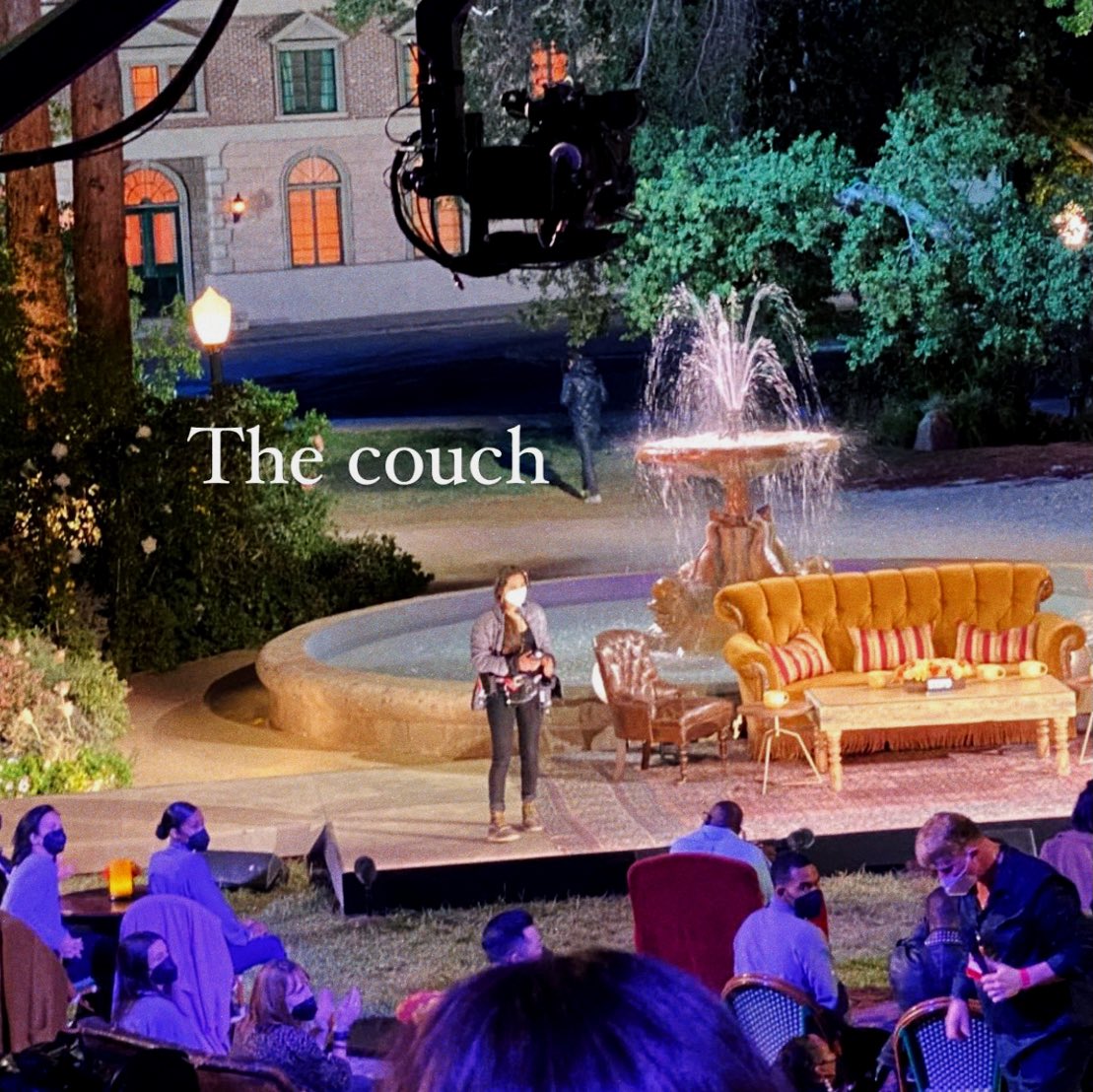 Fans of the American sitcom Friends have been waiting long enough for the reunion and going by the pictures that have landed online, the filming has begun. On Friday, fans of the show were treated to inside pictures from the shoot. Andrea Bendewald, who is one of Jennifer Aniston’s oldest friends, took to her Instagram and shared pictures of sipping on coffee on the sets of the Central Perk, which is situated at Warner Bros. Studio.

In the now-deleted picture, she also shared a glimpse of the famous couch from the show. However, Aniston, David Schwimmer, Matthew Perry, Courteney Cox, Lisa Kudrow, and Matt LeBlanc were not seen.

Welcome to Jennifer Aniston Online, your online fan source for Jennifer Aniston. Jennifer is probably best known for her role as Rachel Green in the hit NBC sitcom, Friends which ran for 10 seasons. You may also know her from her other roles in Picture Perfect, Along Came Polly, The Break-Up, Marley & Me, and Mother's Day. Here you will find news, information, photos, media and more! I hope that you like the site and please check back often for updates.
Current Projects
The Morning Show
An inside look at the lives of the people who help America wake up in the morning, exploring the unique challenges faced by the men and women who carry out this daily televised ritual.
Search JAO
Social Connect
Jennifer on Instagram @JenniferAniston